I was gearing up to make a new post here and for some reason got lost down the rabbit hole of reading my own blog posts from years back. Now that 111/2  year old Stedman is undeniably “not the dog he used to be”, this one about old Bob the Actual Corgi in his decline made me sad.

Its Suzette(8:35:15 PM): daddy left the little gate at the back of the yard open. and then he sent the dog out and told nora to bring him in later.

Its Suzette(8:35:34 PM): she was taking a shower and she heard him furiously barking, so she threw her clothes on and went to find him

Its Suzette(8:35:47 PM): he was wandering in the creek way over behind angelo’s pool

Its Suzette(8:36:00 PM): the creek bank is very steep now from the erosion

Its Suzette(8:36:21 PM): he must have been walking on  the spot where the grass clippings get dumped and just stepped too far and boom!  he went straight down

Its Suzette(8:36:50 PM): she had to jump down into the water, just like indiana jones

Its Suzette(8:37:29 PM): and she saw him and started calling him but you know he can’t hear now

Its Suzette(8:37:57 PM): he was just standing there all covered with mud barking and barking

Its Suzette(8:38:12 PM): and then he caught a glimpse of her and started barking in a different way

Its Suzette(8:38:45 PM): and then she faced that steep wall of dirt, so she parked him on a dirt shelf while she scrambled up the side

Its Suzette(8:39:44 PM): and then he pepped up and started running around trying to get away from her.

Its Suzette(8:40:26 PM): but this time, he was sort of collapsing when he was trying to get away from her

Its Suzette(8:41:03 PM): like those cartoons where the feet are furiously moving , but no forward progress is made. bongos playing.

Its Suzette(8:41:30 PM): his back feet were moving but he was falling on his face

Its Suzette(8:42:06 PM): daddy is trying to act tough like he doesn’t care, but  he came to supper with his pockets full of biscuits to give to the dog while we ate, and later we saw him making a taco for the dog.

I used to have the best commenters in the world back then. Some of the links too their own blogsites are still active but lead to a 404 page now. I miss them but am grateful for the brave few here now who leave their mark.

I do believe that I am maudlin now. Time to get up and do something else.

Continue to dig around in the flower bed? No – too lazy.

Go shopping? No – too smelly.

Go to the library? No – see above.

Float around in the pool and listen to podcasts? Ok – that’s a plan. 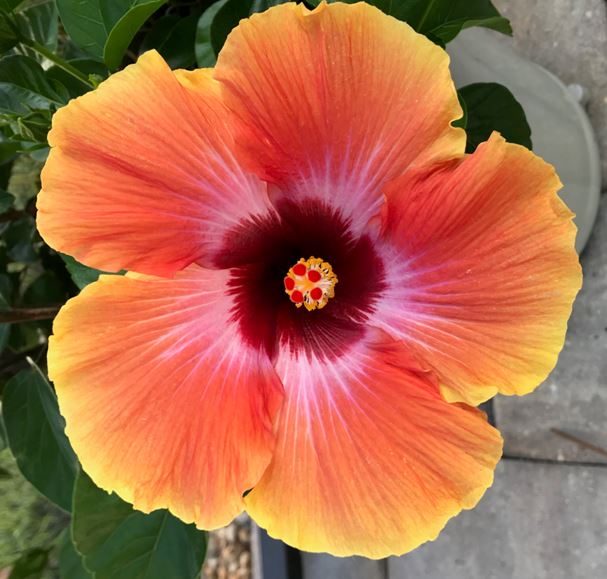 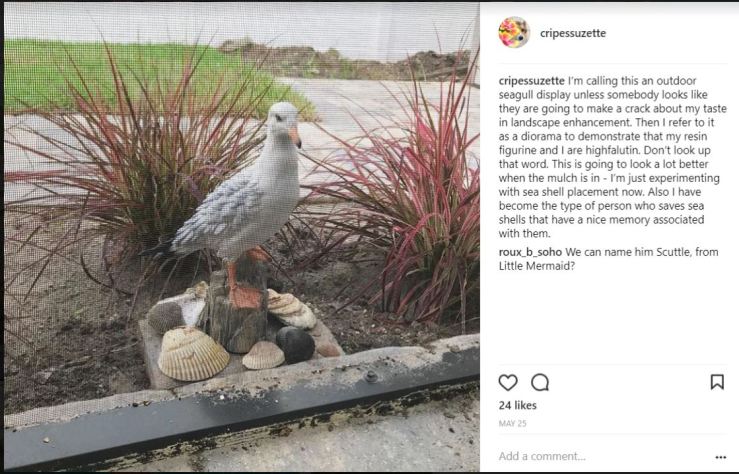 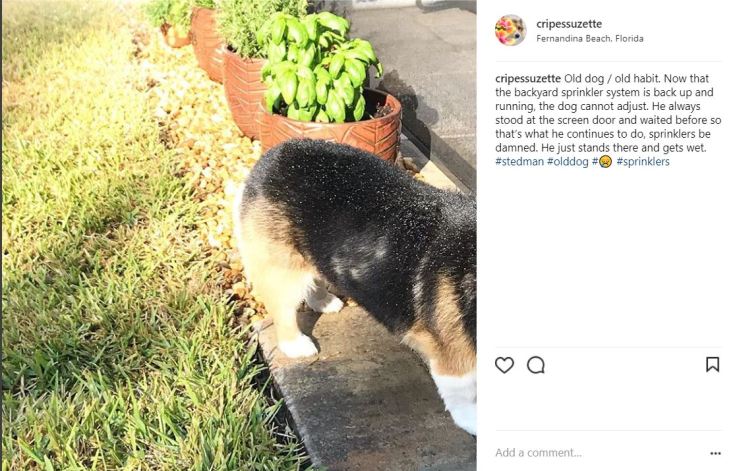 Blogging will be light due to extreme long-distance mourning for Willow, Queen Elizabeth’s last corgi. My sympathies to life-long corgi lover, QEII.

“It feels like spring here”, she said cautiously. Is Florida winter over now? I hope so because I’m desperate to get into the pool again.

I went to the doctor yesterday for an annual exam and he told me that I need to get more exercise. Which would mean more than the zero exercise I get now. Well, technically, the random relocations throughout the day from the bed to the bathroom to the office  to the sofa would count for approximately 1/4 on a scale of 0 to 100.   But I no longer walk the dog outside and I realize I only shop at places that have those scooters with a basket on the front. So pretty pathetic.

But in just a few short weeks (please Jesus), I’ll be able to swim again. Not swim so much as exercise in a way I can’t on dry land and then reward myself with floating around listening to the radio. I didn’t want to spoil the perfect design of my pool area but it had to be done. We invested in a pool blanket (which is a giant sheet of bubble wrap) which is going to extend the swim season by several weeks on each end. Now we have a reel and a cover for the reel when the blanket is rolled up. It looks like hell but when it’s spread out the blanket collects solar rays and passively heats the pool water and when we use the heater, it keeps the heat in overnight and minimizes evaporation. All this means that as long as the air temp is reasonable, we can get in the pool and be comfortable. And move like regular people do  on land. 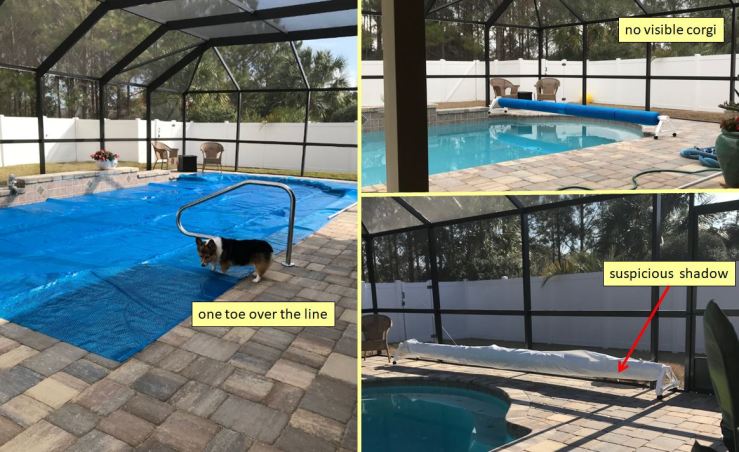 Anyway, time to relocate to the sofa. That should be worth about 20-25 calories