Of all the major events swirling around right now, you know what is the most under reported situation of all? It’s those pink pussy hats that were all the rage not so long ago.

What a time that was! The knitting needle market exploded and sisters across the land helped each other become part of the movement by teaching each other how to knit or by knitting hats for those who could not master that simple domestic art. The struggle for pink yarn was real.

Now those beloved hats languish in the back of sock drawers and the bottom of Goodwill bags all across the land, pushed out of fashion by the Next Big Thing. Now the Women’s March 2020 has no immediately recognizable symbol to flash around on the evening news. For some reason the vagina suits never really caught on, except for those same few souls who trot out the old costumes year after year.

Frankly – and this is something commonly acknowledged but rarely spoken out loud – the Women’s March lost a lot of it’s luster once it became passé  to wear the pink pussy hats. Will there be a similarly powerful replacement this year? A good guess will be whatever Meghan Markle shows up wearing. Maybe a crocheted tiara to honor Meghan’s terrible time struggling against sexism inside the royal bubbles across the UK? (That was a joke – turns out it’s a real thing.) 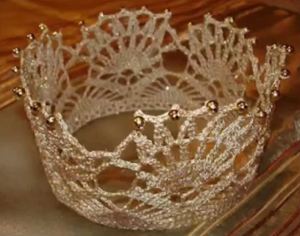 Yes, I can see how that would be widely embraced. Who among us hasn’t always wanted to wear a crown? Heck, I’d wear one. And I wouldn’t even to wait for the Woman’s March to roll around. I might wear it to the Price Chopper or to renew the car wash. The impact of wearing a scathing symbol of female oppression to those locations would have the same benefit as wearing it to the above-mentioned annual jamboree.

Anyway, let’s all have a quiet moment of reflection for the pink pussy hat and the mass hypnosis of the thousands who believed in them until somebody instructed them not to.

CHRISTMAS HAS MOVED OUTSIDE #floridalife
I NEED A SUCCULENT CONSULTATION PLEASE @sucsinjax My flapjack has produced two pups and I don’t know what to do! Will they all thrive if I keep them in place or must they be removed to prevent overcrowding? I’m imagining leaving them and eventually looking at a big round flapjack bouquet growing in that pot. Please advise. #succulents #flapjackplant #floridagardening #containergardening
SHELTER IN PLACE we’re still free to move about here in NE FL so today I braved mixing with the panic hoarders to stock up on one particular comfort item. My experience over the last 14 days of self isolation is that the liquor store was much much busier than the supermarkets. #gin #hendricksorbium #mcqueenandthevioletfog
NO NAY NEVER (1-2-3-4) NO NAY NEVER NO MORE St Patrick’s Day in Florida is crap especially when the bars and big private parties are closed down because of C19. I content myself with watching Barry Fitzgerald’s 200 year year old mother walk up the center aisle of the church to give his 80 year old ass a hug. Also watching YouTube videos of the Clancy brothers, the Cheiftans and (*gag*) Pete Seeger butcher the Wild River. It’s all we have have left now. #wildrover #jogopoteen #toorahloorahloorah #goingmyway #covid_19 #jugopoteen