It’s been a while since I looked her over but apparently, World Famous Fashion Icon and Busy Mom™  Michelle Obama has re-hired her original make-up artist. 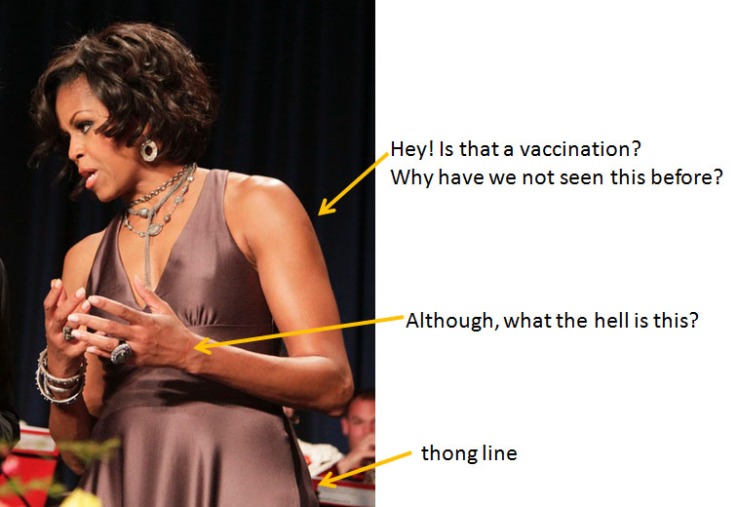 AAAAAND given up Botox? The Elevens have returned between those disapproving brows. And I guess this side shot is irrefutable evidence that she has indeed had a little bobbing done on her formerly bulbous nose. I was convinced it was was only that white stripe down the middle and some other painted-on enhancements that made it look slimmer and more attractive, but I can no longer deny.

Private message: MEECHIE! I didn’t know you had a scar from your chicken pox vaccination! Why have I never seen it before? Let’s be besties – I’m all about vaccinations. Did you have the H1N1? Are you getting one for Whooping Cough? Did you ever have a tetanus shot? Looks like you needed one for that wrist thing.

18 thoughts on “Return Of The Angry Eyebrows”